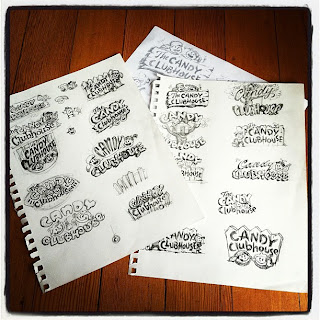 A client who was opening a candy store came to me and asked if I could develop a retro "Little Rascals" style logo for his business, Candy Clubhouse. I love creating vintage advertising ideas like this because the hand lettering and happiness hearken back to a time when life seemed simpler. I dived right in and started working up some sketches, it was hard to stop because it was such a fun job. I ended up developing three final ideas for Candy Clubhouse. 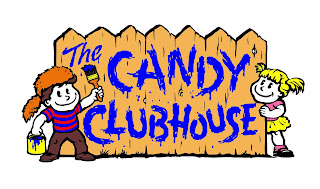 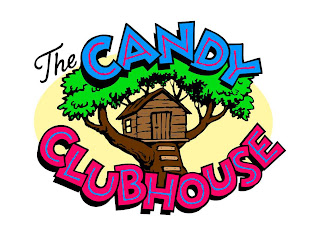 This last version is the one that was chosen as their main logo. They are using it for branding, packaging, and signage at the shop. 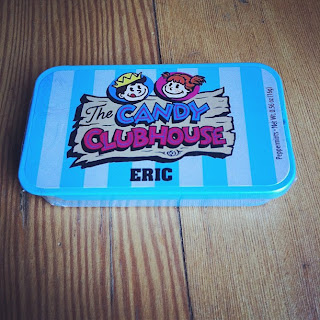 Here is a personalized box of candy from their store. Candy makes everyone happy.
Posted by Joanna Johnson at 8:47 AM No comments:

Email ThisBlogThis!Share to TwitterShare to FacebookShare to Pinterest
Labels: Logos 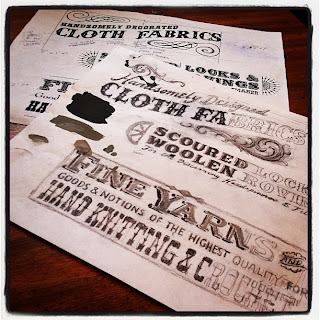 Fancy Tiger Crafts recently moved into the old Woolworth's building on Broadway, which they carefully restored. They were looking for an "old-time sign guy" to letter their walls, and presented me with a nice layout of text to paint for them. I made a few modifications to their design, and then made paper patterns according to their specifications so I could pounce them onto the walls. 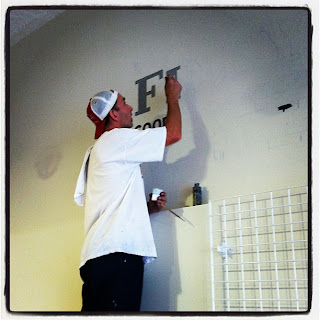 I spent a couple of days down in Denver lettering while they were in the process of setting up their new shop. 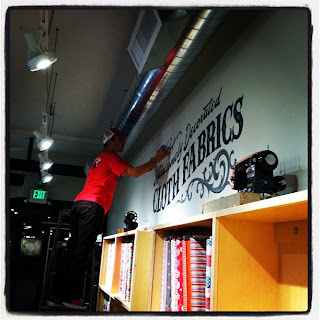 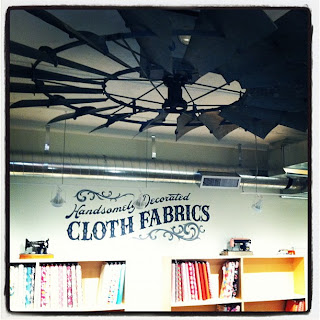 Fancy Tiger installed a really neat antique farmer's windmill as a ceiling fan, so we pulled the galvanized grays from that for the colors on the lettering. 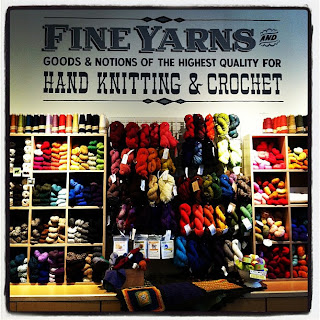 I lettered three areas of the store for them: the Yarn department, the Spinning department, and the Fabric department. 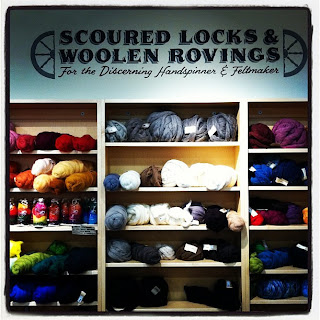 I used a spinning wheel motif for the rovings and spinning area of the shop. 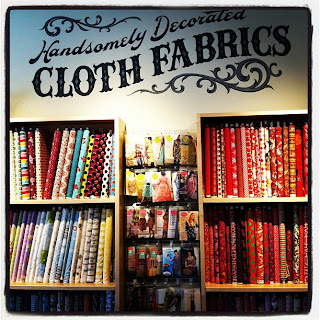 The scrollwork in the fabric area is similar to the styling on the antique Singer sewing machines. 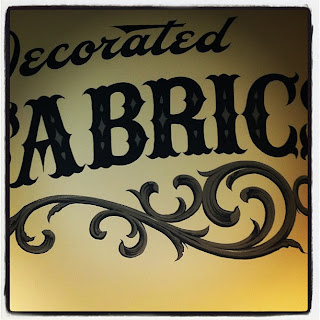 I added some drybrush details to the decorations. I love old-fashioned lettering like this.
To see more of Fancy Tiger's new space, you can read their blog post about their new home.
Posted by Joanna Johnson at 3:43 PM 1 comment: 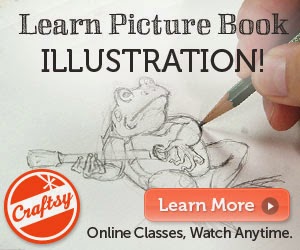 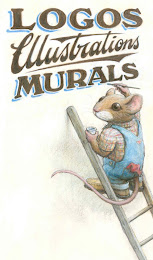